I’ve been in the mood for light soups that will won’t leave me hungry half an hour later. That’s how I came up with this Vegan Mushroom Soup with Buckwheat.

It has some of my favourite ingredients together for a savoury and filling soup we can eat guilt free.

We know that a soup always goes down well for lunch. But the golden standard for soup is one that can be a substantial meal all on its own.

That’s why I’ve left the ingredients in this soup pretty chunky. Chunky soups take a bit longer to digest, which means we are left satisfied for longer.

Soups made with such a wide range of vegetables and other ingredients also come with additional nutritional benefits. Because each ingredient brings something different, you get a soup that hits lots of notes at the same time.

As well as being substantial, the soup carries an incredible range of ingredients as well. Nutty buckwheat and mushrooms, fresh vegetables and a flavourful broth. Perfect!

It’s hard to say which is the real star of this soup – the mushrooms or the buckwheat. Or perhaps it’s both together?

Buckwheat is having a bit of a revival, and I couldn’t be happier. It’s an ancient grain that has key place in the cuisines in places like Eastern Europe and Japan but was unfortunately forgotten in many other places.

Buckwheat groats are the hulled seeds left whole, and in this recipe I’ve chosen the roasted variety. Buckwheat has a natural nutty flavour that adds depth to anything it touches, making it perfect for a savoury soup.

The soup also has two different types of mushrooms to really let them shine. The dried porcini mushrooms are specially important as they have a concentrated earthy flavour and carry an extra depth.

Using porcini mushrooms with buckwheat means that we’ve leaned hard into savoury, nutty flavours in this soup. The vegetables, and especially kale, are not to be ignored, but the mushrooms and buckwheat are the really stars!

Soups are a great choice for batch cooking, where a large quantity is made and saved for later. I often double soup recipes like this one so I can enjoy some now and freeze the rest for later.

Whether storing in the fridge or freezer, let any leftover soup cool to room temperature then place in an airtight container. It’ll store for a week in the fridge and a couple of months in the freezer. 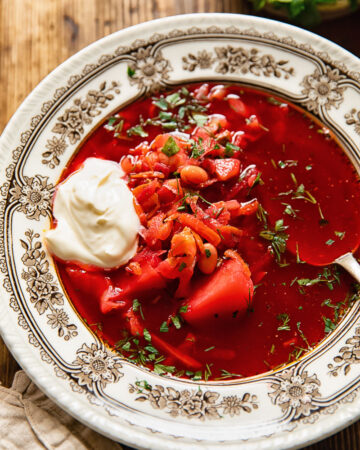 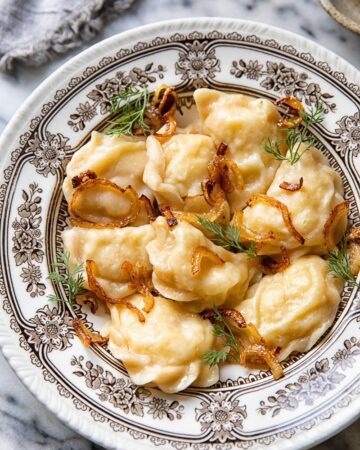 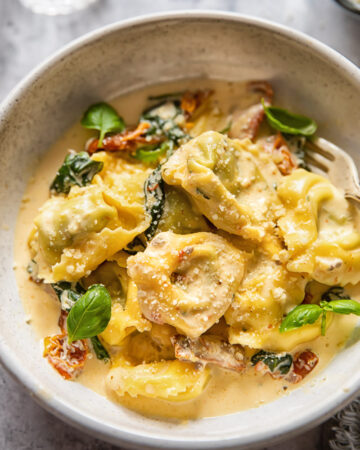 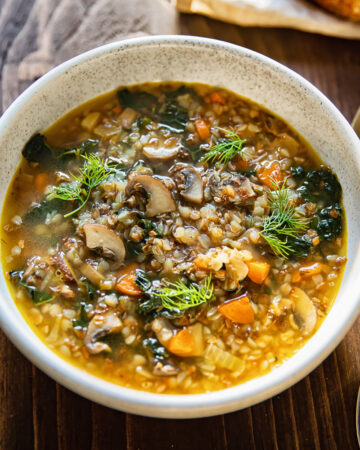 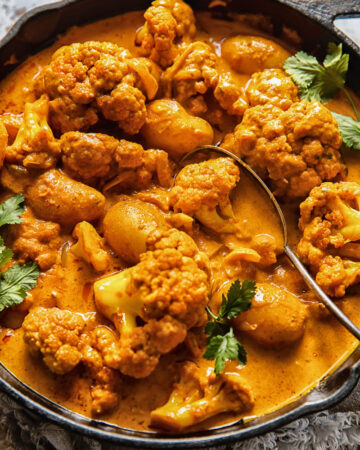